February Collection for Cause: Massachusetts Coalition to Prevent Gun Violence 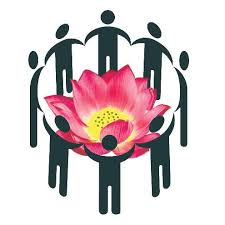 Half of February’s unpledged cash collection will go to the Massachusetts Coalition to Prevent Gun Violence, which was founded in 2013 after the tragedy at Sandy Hook Elementary School. The Coalition brings together over 90 organizations across the state, including First Religious Society, to end the epidemic of gun violence by advocating for improved policies around gun safety and partnering with community organizations working to end violence in their neighborhoods.
Each year, February marks a dark milestone in the story of gun violence in America. By early February, more Americans are killed with guns in the United States than are killed in other high-income countries in an entire calendar year. These gun deaths include suicides, homicides (including domestic violence homicides), mass shootings, law enforcement-involved shootings and unintentional shootings, many of which involve children with access to guns in the home. On average, 100 people die by gun violence in the United States every single day.
The Massachusetts Coalition to Prevent Gun Violence brings together over 90 organizations and institutions across the state to end the epidemic of gun violence that plagues our communities and takes the lives of so many of our citizens. The Coalition includes many faith-based organizations such as First Religious Society, as well as community-based organizations, national organizations such as the League of Women Voters and Everytown for Gun Safety, domestic violence prevention organizations such as Newburyport’s Jeanne Geiger Center, hospitals, unions and professional organizations. Together, we advocate for improved policies around gun safety, and partner with community organizations working to end violence in their neighborhoods.
The Coalition has been instrumental in passing life-saving legislation in Massachusetts such as expanded background checks, crime-gun data tracking and last year’s Red Flag law. In addition to legislative advocacy, it is currently expanding its work to include primary prevention of gun violence, working to address its underlying causes.