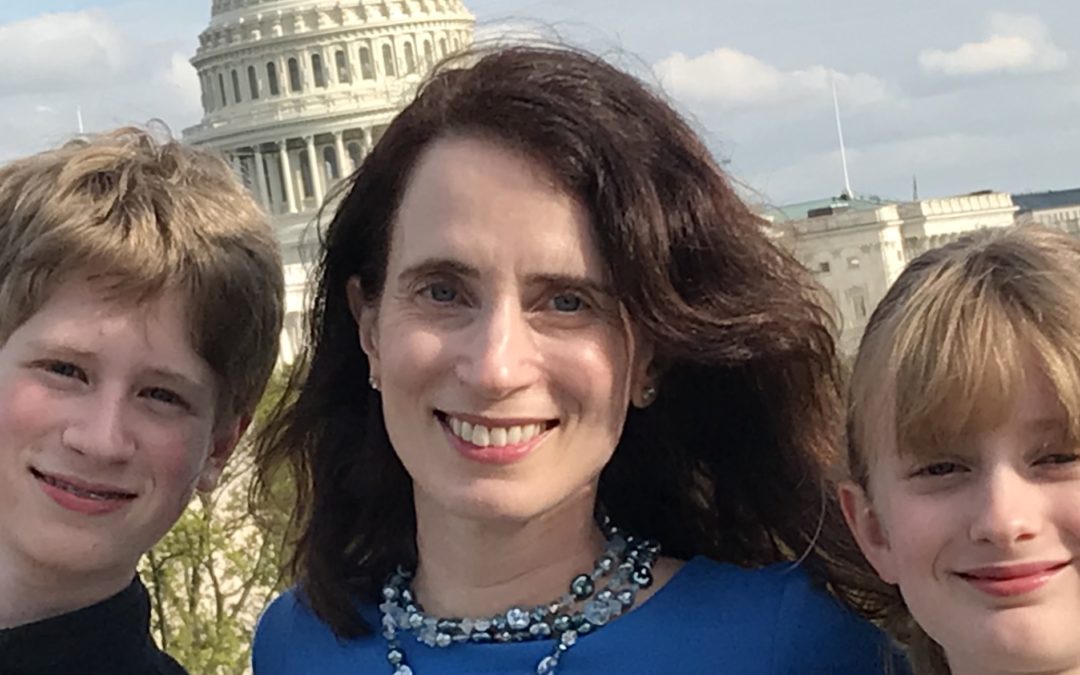 I am the child of immigrants. My father was born in Athens, Greece in 1922. He came to America in 1953, after suffering through the Nazi occupation of Greece and the subsequent Greek civil war.

My mother’s parents were ethnic Greeks who lived in Asia Minor. In 1912, facing persecution as an ethnic minority, my maternal grandfather left his village and ended up in Somerville, Massachusetts. Sixteen years later, he traveled to the Greek island of Chios, where many of the Greeks from his village had fled. He married my grandmother, and by the time the two of them returned to Somerville, my grandmother was pregnant with my mother.

It’s hard to overstate the importance of the Greek Orthodox Church in the lives of Greek immigrants in America. The church was not only a place of worship, but also a cultural center, a community center, and a refuge from the prejudice that many Greeks faced in their day-to-day lives. So it’s not surprising that the Church played a central role in my upbringing.

There are many things I loved – and still love – about the Greek Orthodox church. I love the prayers and the deeply meaningful rituals. I love the icons, the mosaics, the scent of the incense, and the singing of the chanter.

There were, however, some things I had trouble with. First, there was the language barrier. My parents had made the decision that we would speak only English at home. The church services, however, were conducted mostly in Greek. I longed to be able to worship in my own native tongue.

Then there was the gender barrier. As a girl, I wasn’t allowed to serve in the altar as my brother did; I wasn’t even allowed to go into the altar. At the girls’ prep school that I attended growing up, I was being taught that girls could do anything; but at church, that wasn’t the case. That didn’t sit very well with me.

But most of all, there was the barrier of belief. Try as I might – and I really did try – I couldn’t make myself believe in the divinity of Jesus, or in his resurrection. As I got older, I realized that if you don’t believe those things, then by definition you’re not a Christian. So I stopped going to church altogether.

After my husband and I moved to Newburyport in 2004, every so often, I would go to a service at one of the local churches, but I always ran into the same issue of belief. But one random Sunday in 2012, I decided, on a whim, to check out the FRS. I couldn’t believe what I experienced. It looked like church, it felt like church, it WAS church – but when I read the information on the back of the program about Unitarian Universalism, I learned that this was a church where believers, non-believers, and everyone in between was welcome. I had no idea that such a church existed. At the end of the hour, I knew I had found my spiritual home.

So what do I believe? My personal theology, such as it is, is basically a big ball of contradictions. Although I don’t believe in the divinity of Jesus, I use his teachings more than I use anything else to guide me in my life. I pray to God several times a day, but if you asked me to describe what my God looks like, I couldn’t tell you, because I don’t know. I’m a rational, educated child of the New World, but I still carry some Old-World superstitions, like my genuine fear of doing something that might attract the attention of the Evil Eye. And although I don’t worship at a Greek Orthodox church any more, I often make the Orthodox sign of the cross in an effort to show gratitude or fend off misfortune. I’m the first to admit that none of this makes sense; but it works for me. And I am blessed to have found a place where I can express beliefs like this and not be laughed at, scorned, or sent downstairs for remedial religious education. This faith, and this faith community, has become part of my American dream.