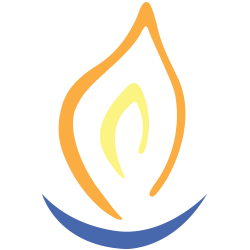 Given by Carol Kitly on Sunday, May 12.

I have spent most of my 83 years on a spiritual journey, full of questions and few answers. I was the only child of divorced parents, and lived in Brooklyn, New York with my mother.  Our relationship was like a tangled vine, so her story became mine.  She was brought up in the Baptist church.  With the prospect of being dunked into a large pool of water at the age of 13, she declined. She was probably more afraid of the water than of God.  That was the end of the Baptists. She became a church hopper, always searching, but never finding answers.

My mother also searched for a way to introduce me to the world of religion and sent me to various Sunday Schools. I think she had a little fear about what might happen to unblessed children. So, when I was five, I was christened in a Universalist church. I particularly remember the Universalists and the Presbyterians.

Another part of her search was to read me Bible stories. I loved the stories in all their magic and horror, and I learned that bad things can happen to good people.  In college I studied comparative religion.  I had taken up my mother’s quest:  Where is God?

My husband Stanley and I married in his Catholic Church, mostly to please his parents.  I agreed that we would bring our children up as Catholics.  That turned out only mildly successful.

In some naïve way I thought I would find answers in Catholicism. I observed people standing, sitting, kneeling, and crossing themselves, and I felt they all knew something I did not.  It took me years to realize they did not know any more than I did, but they had rituals that helped them find answers.

In my mother’s later years, she and her third husband joined the UU church in New London, CT and she seemed to accept that she would live with the questions.

After Stanley retired, we moved to Nantucket.  He had gradually slipped away from Catholicism so we decided to try the UU church on the Island. We joined but I soon realized that the minister and his sermons were very academic. God and the human spirit were missing.  For me, still no answers.

When we moved to Newburyport, we became involved members of the FRS community, which has opened itself to us.  I began to see that many of us have been on the same path full of stumbling blocks. But now I also see a little light to walk towards:  to live in the questions is a learning process. There is no one way to be.  Gratitude helps, compassion, community, love, and Rev. Rebecca help.  I would like to believe we are all God’s children. I think there is a divine spark in all of us and to love another person is to see the face of God.

When tragedy befalls, there is a stronger need to understand why.  Nine years ago our daughter was diagnosed with ovarian cancer.  We felt thrown into a big black hole.  No magic God to pull us out.  So many friends said they would pray for her. But prayer is a bit of a mystery to me. There can’t be a God who chooses to answer some prayers and not others.  I was her mother and felt the need to do something. So I imagined the big round world with our daughter standing high on top of it, while the earth’s healing energy and power flowed through her.

She lived three more years. Katharine’s spirit stays with us always—even her little words of wisdom teaching her parents how to parent.

Recently I’ve been reading, Richard Rohr’s Falling Upward: A Spirituality for the Two Halves of Life.  Rohr says in the first half of life we find our significance and identity in home, partner, children, a job. The second half is about letting go and finding meaning within ourselves—not an easy task!

My journey is still moving along. I listen for bits of wisdom as I go. This includes learning from other people’s stories here at FRS. I have accepted, like my mother, to live with more questions than answers.  Maybe the questions are more important than the answers.