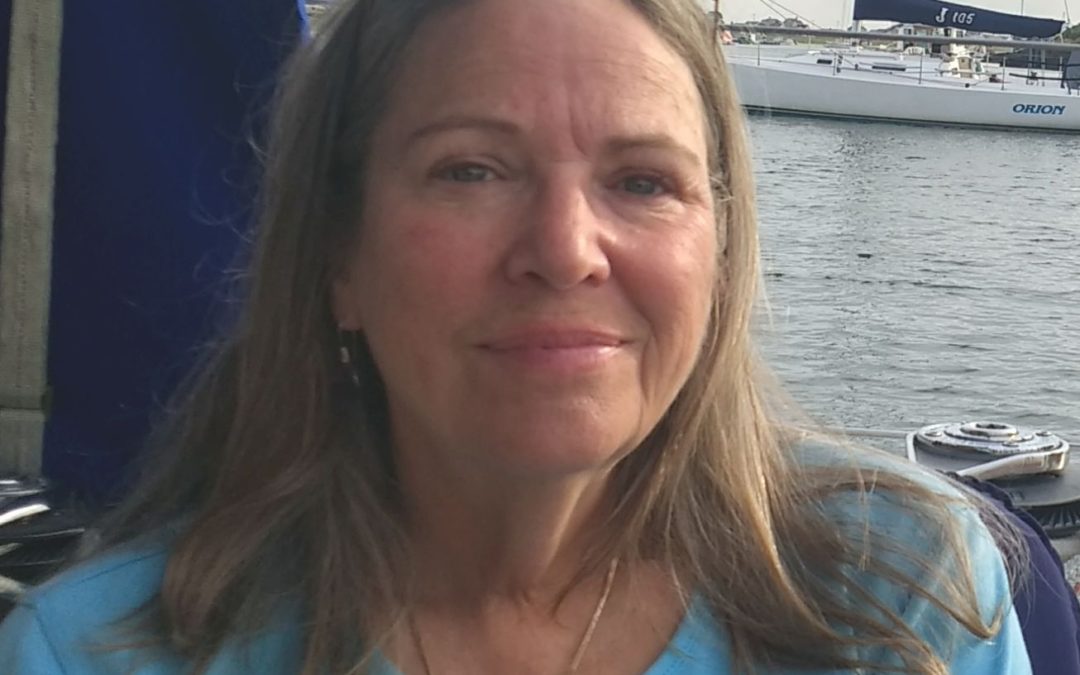 Good morning.  My name is Kate Derrick and this is my Journey of Faith.

My maternal great-grandmother was a Native American, a M’ikmaq, from the Penobscot Nation in Maine.  In the 1880’s, as whites settled the area, the Penobscot Nation was squeezed into a reservation; they lost their land, and could not feed their families.  Like many children, my great-grandmother was forcibly removed from the reservation and sent to work and live with a white family. First sent to an elderly widower to care for his children, she was then sold to another old widower.  When he died, she left Maine and got a job on a steamship where she met a German immigrant, who became my great-grandfather. She never returned to the Nation, yet she remained a M’ikMaq.

Great-grammie and my grandmother were a huge influence on my young spiritual development. They lived nearby, and I loved to be with them. They analyzed dreams, saw spirits, and omens. They had beliefs that fascinated me.

Our family attended the Methodist church, but the grandmothers and my mother kept one foot firmly planted in their ancestors’ spirituality.  They retained their belief in reincarnation, and the many lifetimes necessary to become a truly wise old soul.

I came to know and accept many of the M’ikmaqs beliefs. In high school and in college, I had vivid dreams about a gentle and kind “guide” who showed me how to “spirit travel.” We went all over the world.  Eventually, the dreams stopped.

As I reached my floor, the elevator doors opened, the lights were out, alarms were blaring, and smoke was pouring out of the elevator shaft around me. I couldn’t see or breathe. I literally crawled to my office on the other side of the floor.  I saw my co-workers in line to descend the back stairwell. I was last in line, but those below had to turn around—the smoke was too thick.  I caught the locked door with the heel of my shoe, and left it there to keep the door open for those below.  I and co-workers ran to an office and opened the windows.

We stuffed manuscripts around the closed office door to keep the smoke out, and stood at the windows to breathe. Below, Tremont St. was in chaos. Colleagues stared up at us in horror.  Two coworkers at another window said they were going to leap over to the building next door.  This was impossible, and I turned to dissuade them.

Then, my coworker closed our window to keep the smoke out, he said. But the smoke was coming from inside. I could feel its intense heat on the backs of my legs. This was a big fire. We were trapped.

I don’t know how long we stood there.  I heard a knock at the door.  When I opened it, there was a young man, who in a soft, calm voice said, “I can get you out.”

I went with him, wearing my one shoe. No one followed us.  He led me down a stairwell, onto a flat rooftop, and pointed to a fire escape that I rode to the ground.  When I looked back, he was gone.

As the escape ladder touched down, a news crew ran over to me, cameras rolling.

In Vermont, something told my mother to turn on the noon news that day.  She saw me, blackened face, sobbing, trying to explain how I got out of the building alone. I did not tell the news crew about my “guide,” but she knew.

My colleagues trapped in that office were rescued by firemen, and those in the office with me said that I had left alone.

Today, all these years later, I still believe in the spirit world.  And, I believe that some who walk the earth are further along in their journey than others, and have important lessons to teach us.

I am grateful to have found this congregation and Unitarian Universalism.  Many of us have experiences, family traditions, and beliefs that are important pieces of our spirituality, our being.  Here, we are so fortunate to be able to share these together.