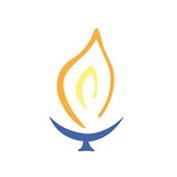 Yvonne McQuilkin gave this Journey of Faith on April 30, 2017.

I’d like to start with a quote that inspired my Journey of Faith:

“Mystery creates wonder, which leads to curiosity, which in turn provides the ground for our desire to understand who we and what we truly are…. So it is best to start at the beginning.”

I was born in 1944 during World War II, in Breslau, Germany (now part of Poland), to parents both descended from a long line of landed aristocracy. I was baptized Yvonne Graefin Strahwitz von Gros-Zauche and Camminets, in a family tracing its Catholic roots to a 13th century Saint Hyacinth. All first-born family males were named Hyacinth, but I broke the line by being a girl.

Several months after my birth, Russian troops were advancing toward Breslau and my mother and I escaped in an open horse-drawn wagon. It was one of the coldest winters on record. I owe my survival to my grandmother, Ama, who was a Red Cross volunteer driver and miraculously found us in the mayhem. My grandmother took me to Southern Germany and my mother travelled on to Dresden, and was there for its bombing, February 1945. I was not reunited with my mother until I was 2, so my primary attachment was to my grandmother, an ardent Catholic. As I grew older I understood that her faith was the bedrock for facing many hardships with grace. I remained a Catholic in name until she died. My mother never practiced any religion after Dresden.

My mother and I immigrated to the United States in 1948. She and my father had divorced, and she married my stepfather who had been chief prosecutor of the trials at Dachau. Neither of my parents ever spoke of their war experiences, but Dresden and Dachau permeated the air we breathed.

At age five, I was well aware that being German was not good. I stopped speaking German, despite the fact that my grandmother, who had come to live with us, always spoke German to me. Growing up in suburban Bethesda, Maryland, I pursued a very American middle class childhood. I personified the World War I slogan, “I was born in Germany, but made in America.”

I first visited my biological father when I was ten, whom I viewed as a kindly uncle as I could not countenance a German father. On a later trip, I met my German grandfather Hyacinth Strachwitz, a famous German tank commander. I questioned his role in the war. He listened and explained to me he was defending his country. I have since learned that he was a man of great character and bravery, and was involved in two plots to kill Hitler. This was a huge relief for me—it cracked my belief that being German was evil.

My embryonic Catholic faith was shaken when I was twelve and heard a priest proclaim that divorced people would go to Hell. To me, it represented a choice between my mother and the Church. I chose my mother.

By 1992 I had married, birthed three children, and divorced. Until I had children I did not attend church, and rarely thought about religion or my German heritage. When I went through training to become a Life Coach, I realized the impossibility of denying one’s nationality, and foundational religion. Around the same time I was exposed to Buddhist practices, which became part of my spiritual path. This is when my “Journey of Identity and Faith” started in earnest.

My father gave our family’s castle to the Catholic Church and Alfons Nossel, a Catholic archbishop, who transformed it into a peace foundation and health center. Since then—in my struggle to reconcile European Catholicism and Unitarianism—I have had many conversations about faith with Archbishop Nossell. I am not yet totally comfortable with that schism. I still miss the religious roots of my childhood and don’t yet feel fully connected with the larger Unitarian Universalist community. But I do treasure my “beloved community” in this congregation. Our church’s belief in Social Action allows me to work on causes that align with my values. As a war survivor and refugee, I am compelled to help the less fortunate.

My journey continues, and as it does, I believe it will enlighten the inherent mysteries in the reconciliation of both my national identity and of my religious beliefs. Namaste.