Music has Always Been a Passion for Justin Murphy-Mancini 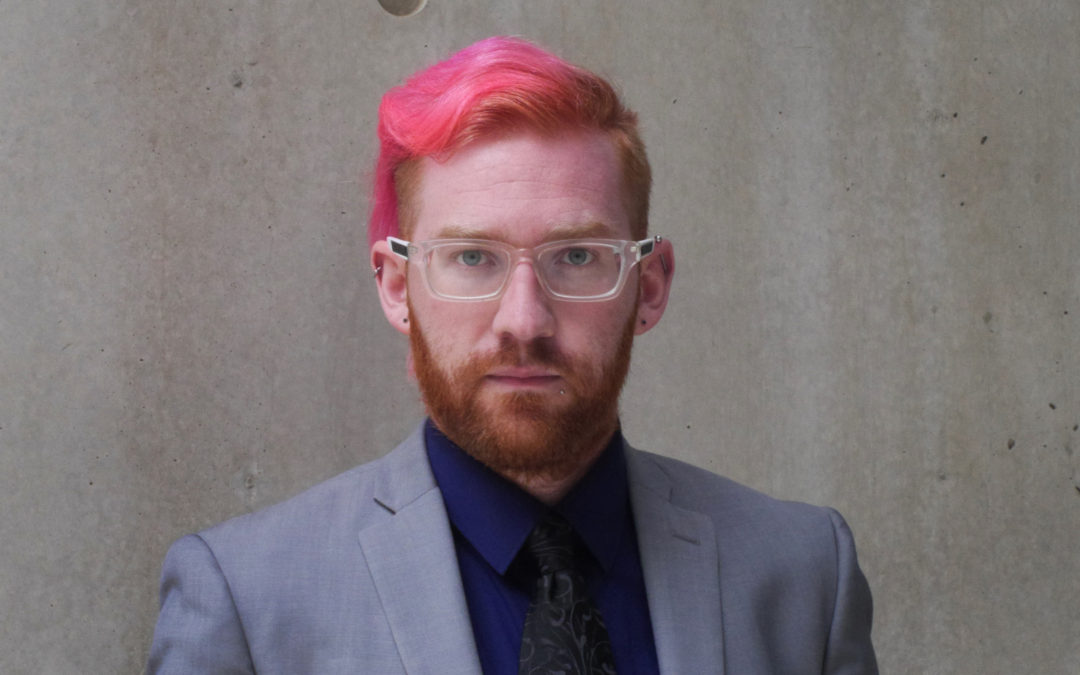 We welcomed Justin Murphy-Mancini as the First Religious Society UU’s Director of Church Music officially on August 19 and with our beloved congregation’s first opportunity to engage with his music during opening services on September 8. I had a chance to catch up with Justin recently to talk with him about his journey to FRSUU, and his passion for music and its related history.

The Journey to Here

Q: I’d like start at the very beginning of your journey – where did you grow up?

Justin: I grew up in Wilbraham, MA, near Springfield, close to the Connecticut border. It was a small town with a similar population to Newburyport. A private school, Wilbraham and Monson Academy, is the center of town and the main local place is the Village Store Cafe. Though I grew up in Wilbraham, I was born in Connecticut. My family moved to Wilbraham when I was 5 years old as my parents were from the general area. Most of our family lives in Palmer, MA which is near Wilbraham.

Q: When did your journey with music start?

Justin: My first exposure was when my mom, who is a psychologist with an interest in early childhood development, took me to a parent-toddler music class in Hartford. After the class, the teacher approached my mom and told her that I understood rhythm at an unusually early age and that she should consider giving me music lessons. Neither of my parents were musicians and did not even know that music lessons were a possibility. Growing up and living in an extremely rural, in-the-woods place like Wilbraham, the possibility and opportunities for things that are commonly available elsewhere is very limited. But my parents found a way. I started playing music at the age of 4 with beginning piano lessons based in the Suzyki Method, which teaches music to very young children through an ear and group-based method.

Q: What is your earliest musical memory and how did you feel about it?

Justin: My earliest memory is a piano lesson with my very first teacher. I must have been very young, not quite 5 yet since my first piano teacher was in Connecticut. And I loved it—loved it from the start. There was never any fighting about practicing. I always just wanted to do it. I pursued it from the beginning with a single-mindedness. I think I was 12 or 13 years old when I realized that playing was a forgone conclusion, that this is what my life will be—my whole life forever. There were not many things in my life outside of music and school. That is all I wanted to do.

Q: The organ is a very specific musical interest. How did you become interested in the organ given the limited exposure during your childhood?

Justin: My whole family grew up Roman Catholic and went to church regularly. There was a real organ at our church with a big facade and I thought that was great. I got to have a real experience of what I had a vague sense of when I signed up for a Pipe Organ Encounter workshop which was programming run by the American Guild of Organist and designed to introduce piano students to the organ. That was the catalyst for me. I decided at age 9 that I wanted to play the organ. Unfortunately, I was told that I was too short. My feet didn’t reach the peddles and the teacher, who was the music director at the Universalist Church of West Hartford, told me I had to wait a year to get tall enough. I started playing the organ at age 10 and I loved it from the start. It was all music all the time for me. That and school.

Q: Let’s talk a bit about school. How did you advance your musical abilities and skills to be the professional you are today?

Justin: I always knew vaguely growing up that I would go to music school even though my early education did not offer much in the way of musical programming. I joined band in late elementary school and learned the double bass and clarinet, and of course there was the organ. I attended Loomis Chaffee high school which had a stronger music program, a real orchestra and a lot of folks interested in music. The school would put on concerts of music such as Vivaldi’s “Gloria” and someone would have to play the organ. It was also at this time, actually at age 13 right before I started high school, that I started working as an organist at the UCC church. I would play every Sunday throughout high school. I would always take these opportunities when they came. I had to do everything on my own in terms of becoming a professional musician. I worked very hard at making opportunities for music. Jobs were always musically related and they enabled me to take the next step and the next. My more formal training came when I enrolled in Oberlin College where I received my academic degree in philosophy and my conservatory degree in organ and composition. I spent the majority of my time practicing like crazy and writing music. Oberlin was a place I was able to specialize in European Avant Guard. These are musicians working on the cutting edge of classical music. They are experimental musicians, pushing the boundaries and playing non-conventional music. I found a tight knit community among them. At the same time, I was an organ major, playing Sunday services at a local Episcopal church and doing very traditional things.

I stayed on at Oberlin and completed my master’s degree in Historical Performance, which revolves around playing music before the 1750s with the intention of doing historical research on the music and the way you perform it. The Handle and Haydn Society perform music in this way. It was also during this period I intensified the development of my keyboard skills. From that experience, I decided I wanted to be a composer and to deepen that skill set, so I enrolled in the UC San Diego doctorate program in Composition. It is in San Diego that I matched my musical abilities with UUism.

Q: Music and church, music and spirituality seem to run in the background of your early journey. When did Unitarian Universalism enter as the focus of your experience?

Justin: When I moved to San Diego for grad school I also started working for the First UU San Diego as an organist and keyboardist. I did all the playing for everyone—the adult choir, women’s choir, youth and children’s choirs—as well as play as an accompanist when needed. The congregation was large, just over 700 people, with five to six musicians on staff. We would play two services a week, every week including the summer. It is here were I was able to blend my experience steeped in tradition of the liturgy with more modern ways of crafting the elements together to create spiritual engagement and a heightened connection with the community. Music is a direct conversation with the rest of the elements of the service. It reflects who is in the congregation and what they care about. I was able to gain experience and put into practice musically my interest of being someone who is very invested in tradition yet also someone who is very interested in things that are brand new. It is this type of exploration that I hope to share here at FRSUU. Not just with already established musicians and groups but with people who are musically inclined but are not yet sure where they fit. I want to create opportunities for all musically interested congregants to find ways to join in the community and express themselves musically.

“We had twenty-four applicants for the Director of Church Music position. We were blessed to find our perfect fit among so many qualified professionals. We were drawn to Justin’s unique blend of passion for church music, old and new, and commitment to integrating music into our services. I am thrilled to have a partner who shares my commitment to creating transformative worship.”

Read more on Justin’s hopes for the music program in Co-Creative Music Ministry – Come with Your Musical Gifts. Contact Justin.