As I See It: A Certain Kind of Protest 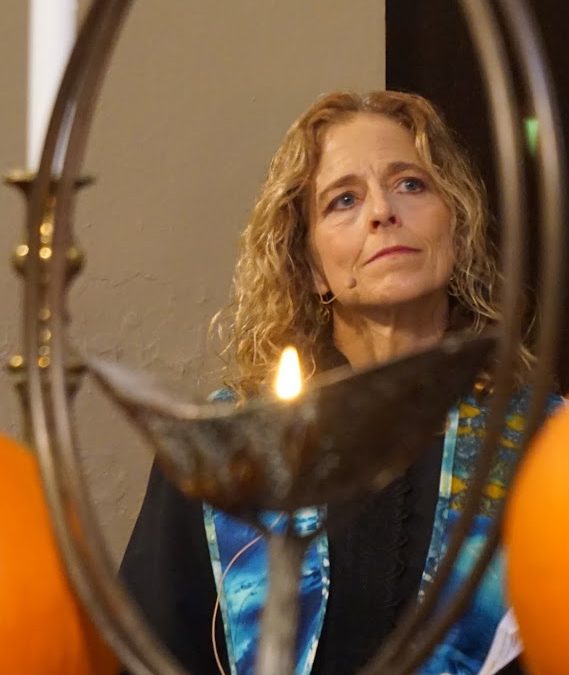 The following is Rev. Rebecca’s “As I See It” column to be published in The Daily News of Newburyport on June 10.

A Certain Kind of Protest

People have been lulled, buffered, and gotten very comfortable with a certain kind of protest.

The kind that assuages complicity with white supremacists and injustice. The kind that allows the return back to self-satisfaction and maintains the status quo.

But, there is another type of protest that refuses such comforts. It refuses to let the misappropriation of Kumbaya and “peaceful protest” bury us in the tombs of apathy, racialized violence, and injustice.

The murder of George Floyd and too many other innocent black people in the history of slavery and systemic racism in our country is despicable. There is growing consensus that this is true, evidenced by the nearly 100,000 people who have protested around the globe over the last ten days, including here in Newburyport, Amesbury, Georgetown, and surrounding towns.

“This is an issue that crosses political lines,” a mother said to me, commenting on the people who gathered in her town, which is known to be politically conservative. I hope she’s right. Wouldn’t that be amazing? I fear, however, that she’s wrong. More so, I fear that we are protesting for the wrong reasons and that our attention will rapidly turn elsewhere.

Reverend Karlene Griffiths Sekou, community minister, scholar, and activist, writes that white people have gotten comfortable with a “certain kind of protest,” meaning a protest that helps us feel better, rather than brings about true change away from systemic racism. As a black woman and clergy person who works with white communities on issues of racial justice, Reverend Griffiths lives with this reality every day. Too many of white people protest, yes, in anger at the injustices being done to black people, but do so mostly to make themselves feel better. It‘s understandable. Rage, powerlessness, and grief are uncomfortable feelings. Black people feel them every day and have for hundreds of years. The ability to chose comfort is a privilege.

Getting angry and taking to the streets in protest are important parts of solidarity, but there is more to be done. Learning to sit with our discomfort is an essential step. Ultimately, we need to make a personal commitment to doing what we can to eradicate racism at the personal, institutional, and cultural levels. Taking risks in the name of black lives, such as putting a sign in your yard saying as much, matters. We can also include joining in partnership with others committed to this work, learning about historical and current practices that proliferate racism, and listening to black people and following their lead.

Ending racism is a moral, religious, and philosophical imperative, even if it fails to cross political lines. It intersects with issues of wealth disparity, climate change, and gender equality. When protests are not the end, but an essential beginning, and when together we let go of a certain kind of protest and make an abiding commitment to end racism, we‘re on the right path.