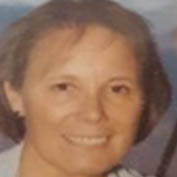 Mary Sortal shared her Journey of Faith on February 18, 2018.

I grew up in Skokie, Illinois, a suburb of Chicago, but spent many summers with my grandparents on the family farm in Central Illinois. My earliest memories are of going to the Methodist church with my grandmother. Gathered together were neighbors who farmed together and helped each other in hard times. I felt a sense of belonging and of being totally embraced by these kind, warm, humble, people; it’s a feeling I’ve never forgotten.  While I was always a bit skeptical of the “miracles,” I must say, I loved learning Bible stories and really liked Jesus!

I was active in the Methodist church in Skokie, where there was also a large Jewish community. My best friend was Jewish, and she was the first person to cast doubt upon my religion and the Christian church in general. Where was the church during WWII, she would ask.  And could Jews get into heaven? I could not answer, nor could I reconcile her questions. Though I still found comfort in going to church, skepticism set in.

In adulthood, my religious experience was defined more by whom I married.

My first husband came from a strong Catholic family.  Catholicism was more important to him than the Methodist Church was to me so I converted.

I knew the doctrine would be a struggle for me. I felt it defined what was “right” and what was “wrong” and that there was only one path to eternal life.  At the same time I came to appreciate the strength and guidance people drew from a higher power, even though that wasn’t for me.

My first marriage ended and I later married my husband, David Owen, who could not in good conscience attend a Christian church. The only place he would even consider was the Unitarian Church. And that’s how I ended up here, where we became members about three years ago.

So how has the UU church fit into my life and what effect has it had on my life?

Throughout my childhood my mother recited from memory two classic stories which influenced my own beliefs about religion.

“The Other Wise Man” was about a man who never made it to Bethlehem with his gifts for the baby Jesus. So throughout his life he used his gifts to help others in need. As he neared death, the Lord spoke to him: “whatsoever you do unto the least of my brothers, you do unto me”, and the man died in peace. The lesson: God’s work is done through acts of kindness on earth and not gifts bestowed on idols or gods or religious institutions.

In “The Littlest Angel”, of all the gifts the angels presented the Christ child, God chose a small box belonging to a young boy in heaven, because it was from “earth and man” and Jesus was born to be king of both. The lesson: Jesus was a human being, and his teachings were about life here on earth.

I’ve come to realize that stories like this are a perfect fit with the UU Church.

Our faith also focuses on life here on earth. It’s in the sermons, in religious education, and in the small, intimate spiritual circles, such as Soul Stories and Chalice Circles. These groups have helped me learn about myself. I’ve wished many times that I had something like this 30 years ago.

In this church the emphasis is on examining and defining our own values.  Sermons don’t tell us what to do; they help us question, reflect, and eventually act.

Some of my friends were surprised that I could transition from a Christian church to UU. I tell them that the nice thing is that I don’t have to give up the Christian beliefs I still hold dear. Instead, this church has added a new dimension to my life, and it’s there for me to explore in the context of my own personal beliefs and values.

That said, I am still a work in progress, and I still like Jesus.